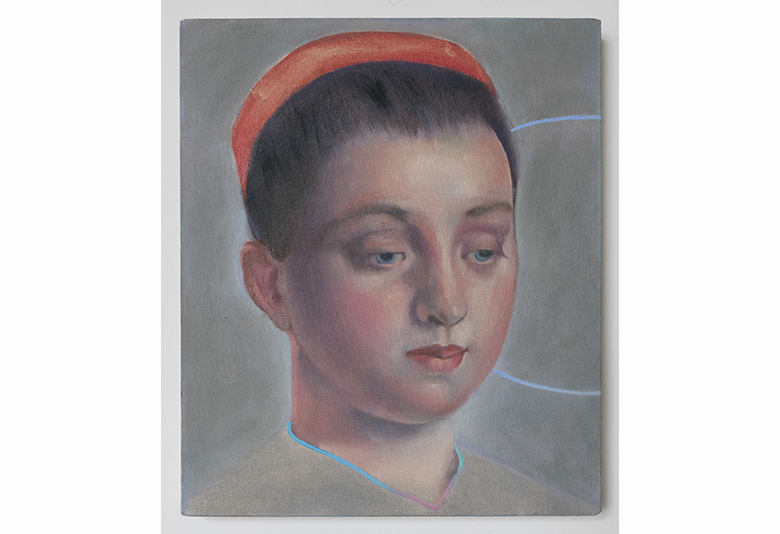 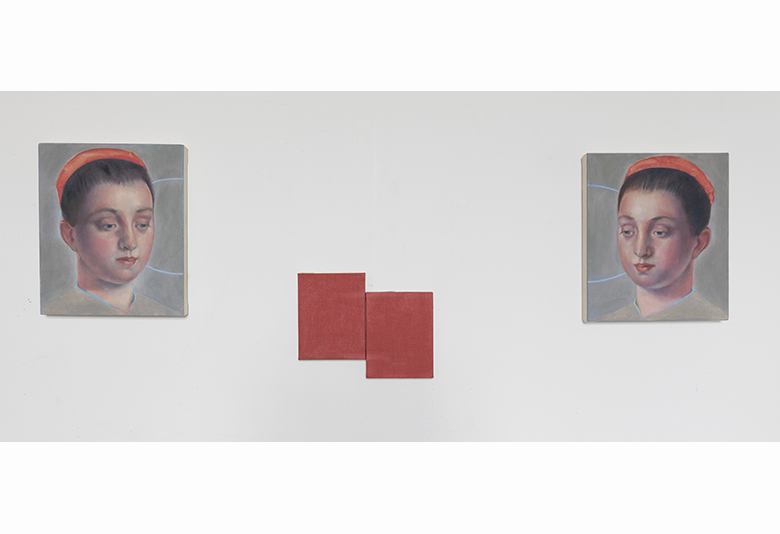 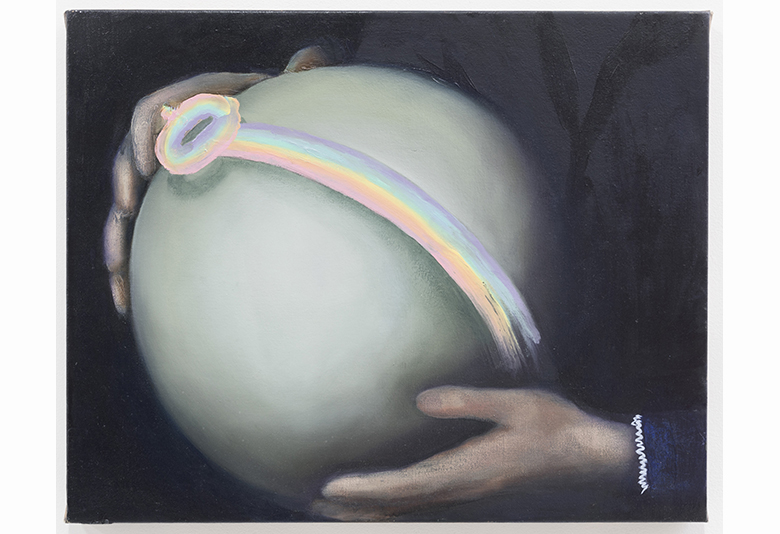 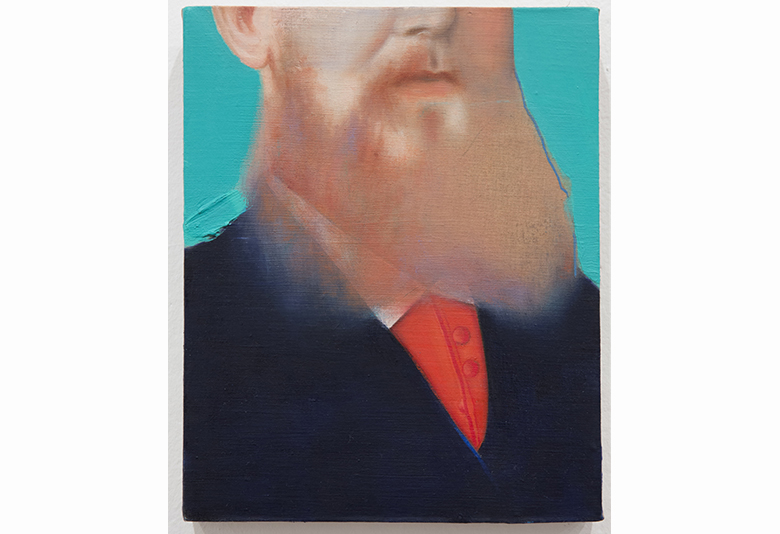 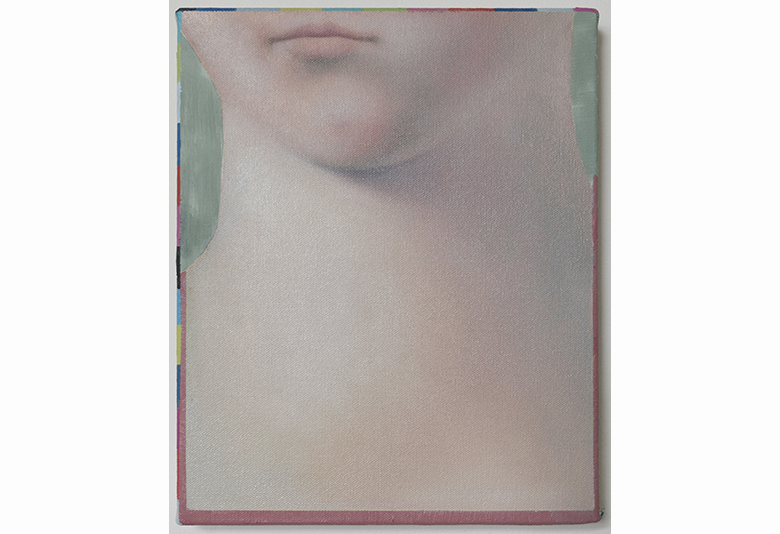 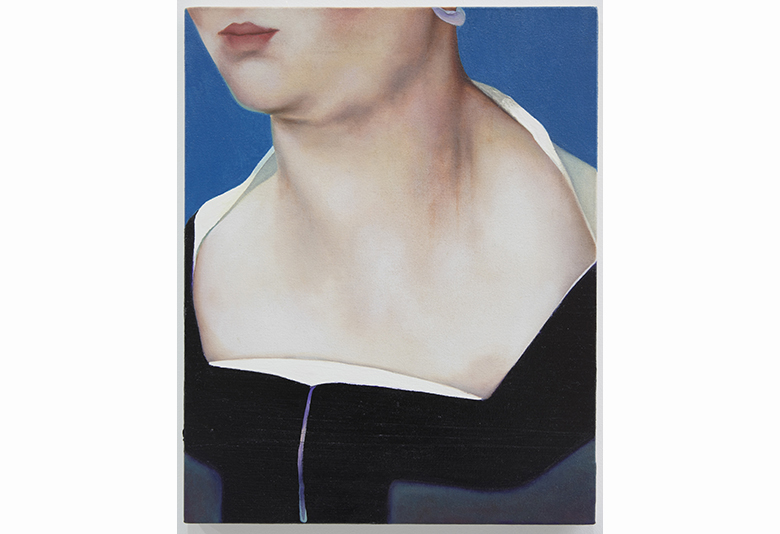 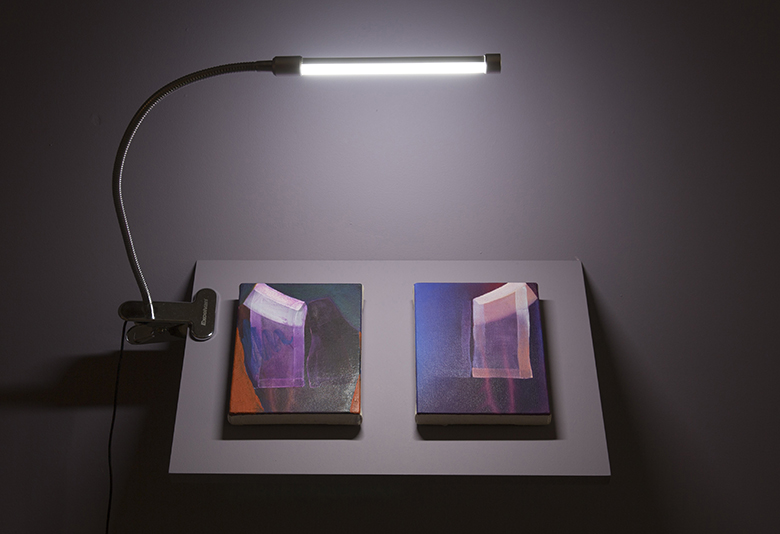 Louise Giovanelli (b.1993, London) is one of Britain’s most promising young painters. This, the artist’s first monograph, documents her first three solo exhibitions, staged in 2016-17 at The International 3, Salford, the Grundy Art Gallery, Blackpool, and Touchstones Rochdale. Featuring a foreword by Paulette Terry Brien, co-founder and co-director of The International 3, Salford, UK, and an essay and an interview by Charlotte Keenan McDonald, Curator of British Art at the Walker Art Gallery, Liverpool, this publication has been beautifully designed by Textbook Studio and published by Anomie in a first edition of 500 copies.

Paintings, both contemporary and spanning the history of art, are Giovanelli’s primary subjects within her own paintings. Picking out sections or details from existing works – some well-known but mostly lesser-known – she reworks and represents them, focussing on aspects that attract her eye and critical attention. These might be unusual or odd formal elements – a neckline or a detail on an item of clothing – or can equally be things that are extraneous to the original, such as how candlelight might fall on it, or how it might appear during restoration work by a conservator. Considering the position of the viewer as much as the painter, Giovanelli explores the history of painting as object, the context of its display and reception, and the very mechanics of painting itself to investigate languages of painting both past and present, resulting in works that are cryptic, other-worldly and strangely enchanting.

Louise Giovanelli graduated in BA (Hons) Fine Art (Painting) from Manchester School of Art in 2015. Her previous group exhibitions include: ‘BEEP’, Wales’ international painting prize; ‘Institution / Outstitution’ at The International 3; ‘Pleasure Islands’ at Art Work Atelier, Salford; ‘The Painted World’ Saatchi Art Showdown Final, Los Angeles; and ‘Ones to Watch’, Galerie Sarow, Pforzheim, Germany. In 2016 Giovanelli had her first solo exhibition, ‘Prima Donna’ at The International 3, Salford, followed by ‘From Here to Here’ at Grundy Art Gallery, Blackpool, ‘Slow to Respond’ at Touchstones Rochdale, and in 2017 a solo exhibition at Warrington Museum and Art Gallery. Giovanelli has been the recipient of a number of prizes including The Leonard James Fine Art Prize, The Manchester Academy of Fine Art Award, and The Ken Billany Painting Prize. In 2015 she was awarded second place in the Saatchi Art Showdown and in 2017 she will undertake a residency at Griffin Gallery, London. Her work is held in private collections in the UK, USA, Canada, China, Germany, Slovakia and Italy.

Images: © The artist and The International 3, Salford
Photography by Pantling Studio