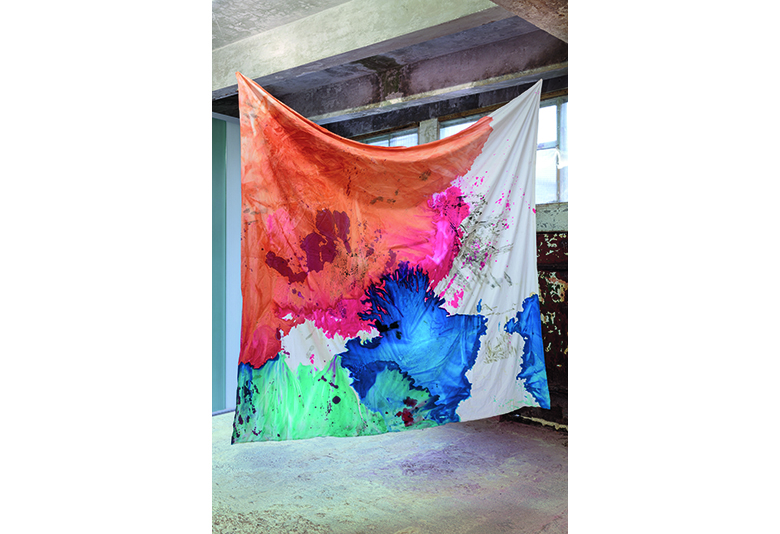 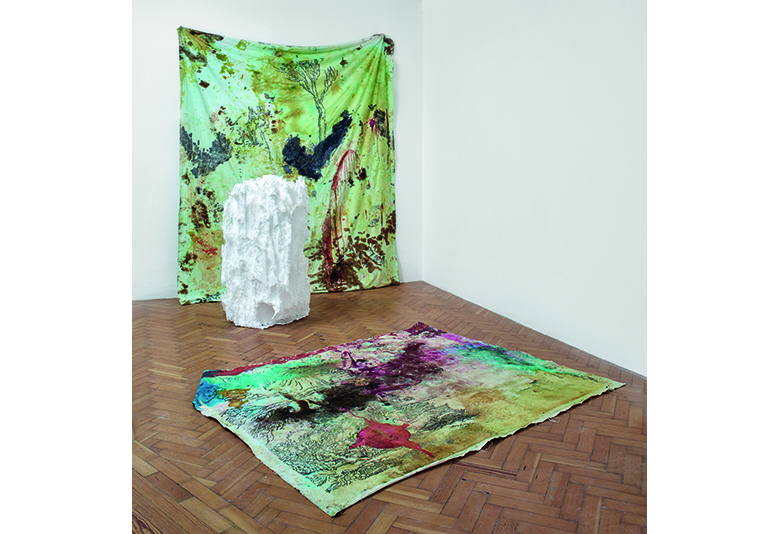 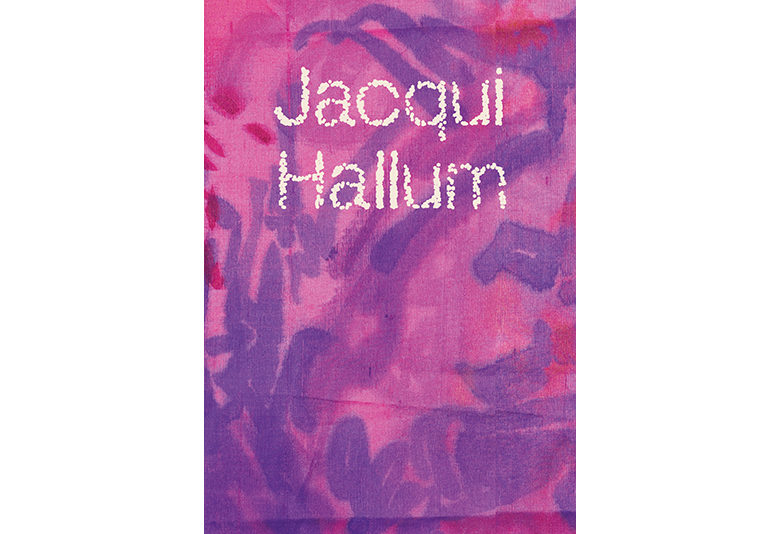 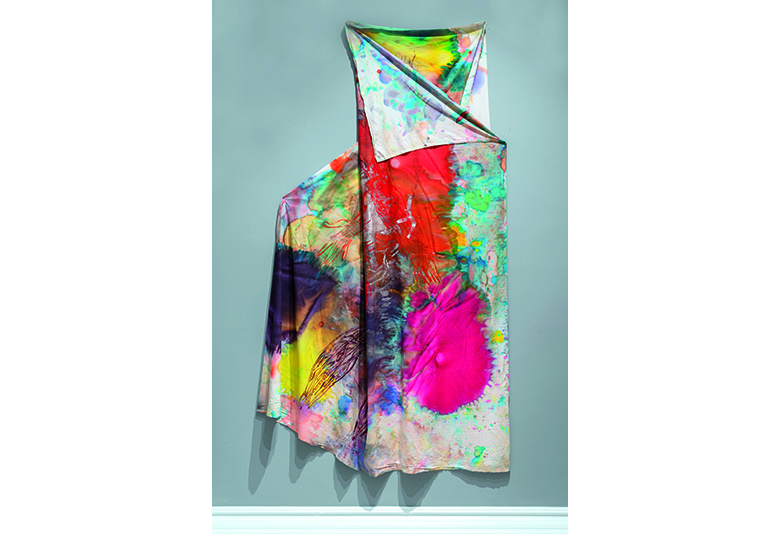 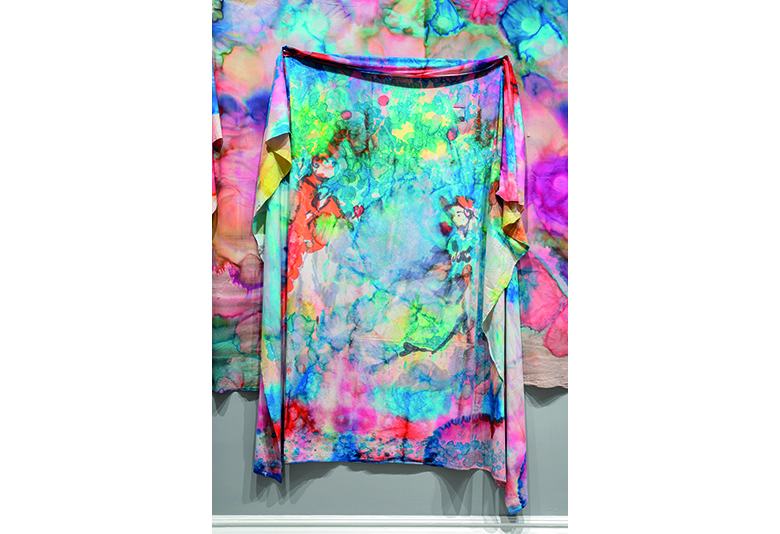 This is the first monograph on the London-born, Devon-based artist Jacqui Hallum. The publication documents Hallum’s solo exhibition at The Walker Art Gallery, Liverpool (10 October 2019 – 1 March 2020), along with a series of solo, two-person and group exhibitions held between 2014 and 2020.

Hallum is best-known for her mixed-media paintings on textiles – techniques she has developed over the course of twenty years since completing her studies. Incorporating imagery and visual languages ranging from medieval woodcuts and stained-glass windows to Art Nouveau children’s illustrations, tarot cards and Berber rugs, Hallum employs ink staining, painting, drawing and printing to create layers of pattern, abstraction and passages of figurative imagery. As part of her working process, Hallum often leaves the fabrics in the open air, exposed to the elements, in order to introduce weathering into the works. History, religion, mysticism and the beliefs and creativity of past civilisations are among the themes that overlap – often in a literal sense of pieces of fabrics layered, pinned, draped and hung together – to form painterly palimpsests that carry a sense of the past with them into the present. Referencing modern visual cultures and movements such as punk, hippy, psychedelia, grunge, acid-house, traveller, folk, indie, goth and new-age, Hallum’s approach to painting embraces alternative visual languages in dialogue with the history of art.

Along with a foreword by Professor Caroline Wilkinson, Director of the School of Art and Design at Liverpool John Moores University, and an introductory essay by artist, curator and director of Kingsgate Workshops and Project Space in London, Dan Howard-Birt, the publication features newly commissioned essays by arts journalist and critic Hettie Judah and by Andrew Hunt, Professor of Fine Art and Curating at the University of Manchester. Also featured is the edited transcript of a conversation between Hallum and Howard-Birt held at The Walker Art Gallery, Liverpool. The monograph, designed by work-form and edited by Susan Taylor, has been produced by Kingsgate Project Space and co-published with Anomie Publishing. It is distributed by Casemate Art.

Jacqui Hallum (born 1977, London) graduated with a BA in Fine Art from Coventry School of Art & Design, Coventry University, in 1999, and an MFA in Painting from the Slade School of Fine Art, University of London, in 2002. Hallum’s solo exhibition at The Walker Art Gallery followed a three-month fellowship at Liverpool John Moores University, which resulted from winning the prestigious John Moores Painting Prize in 2018.