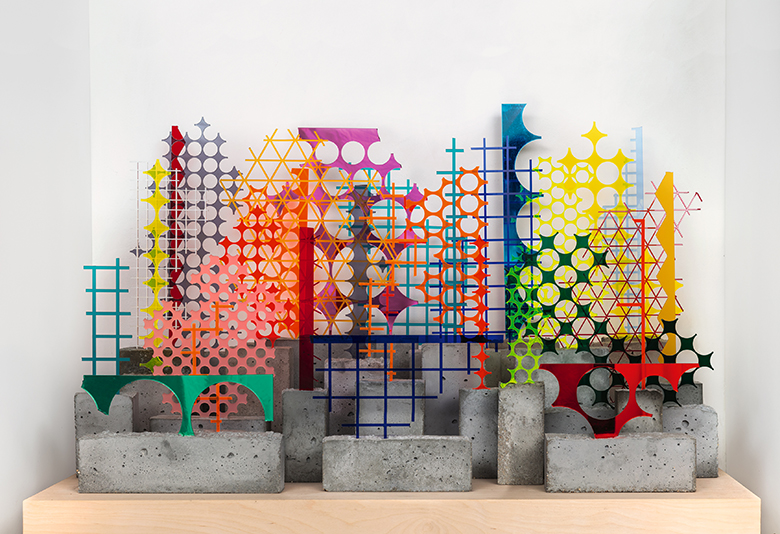 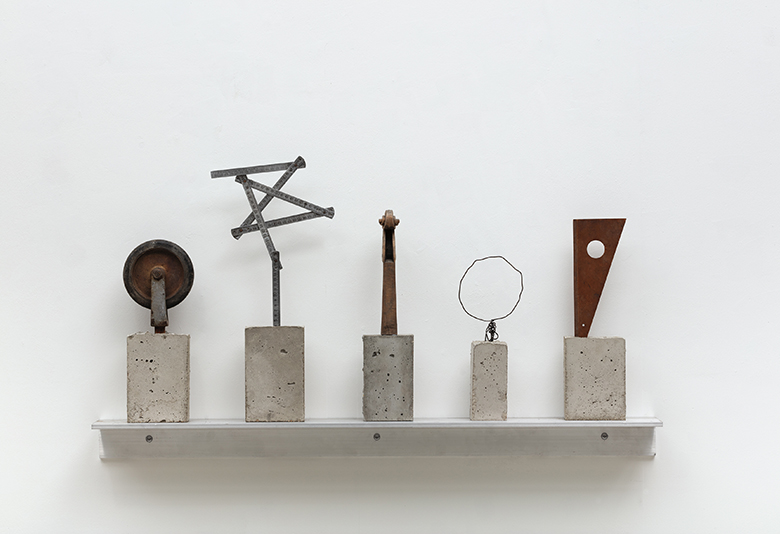 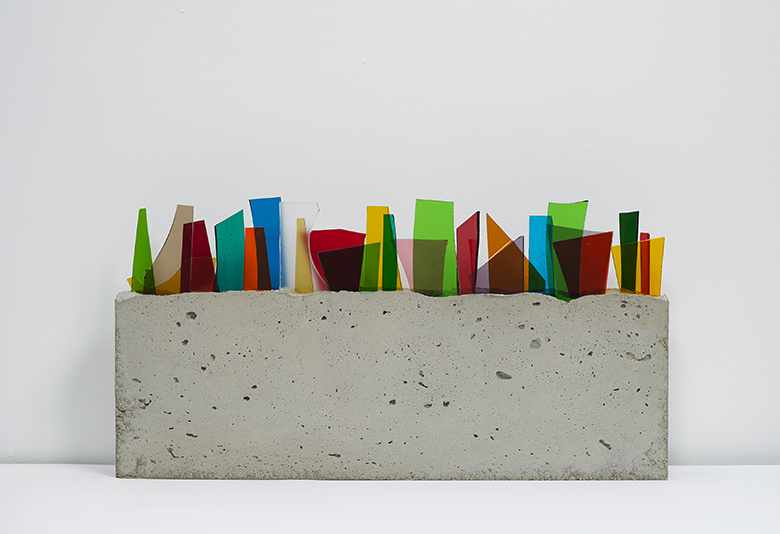 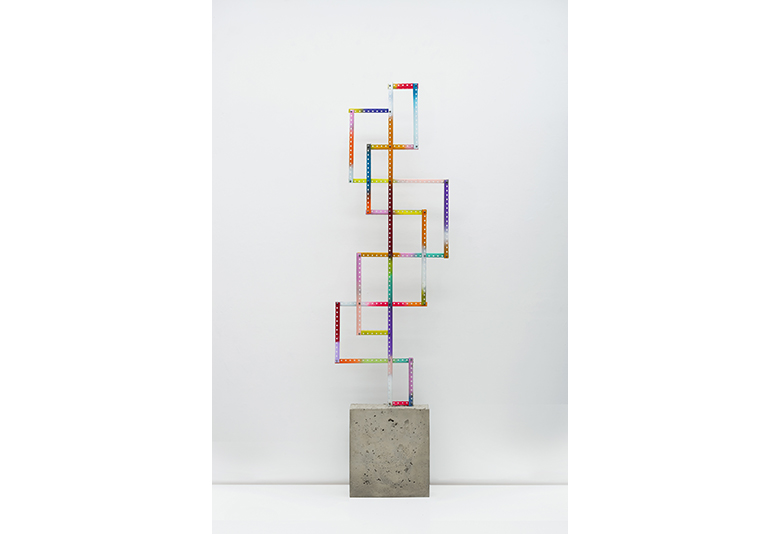 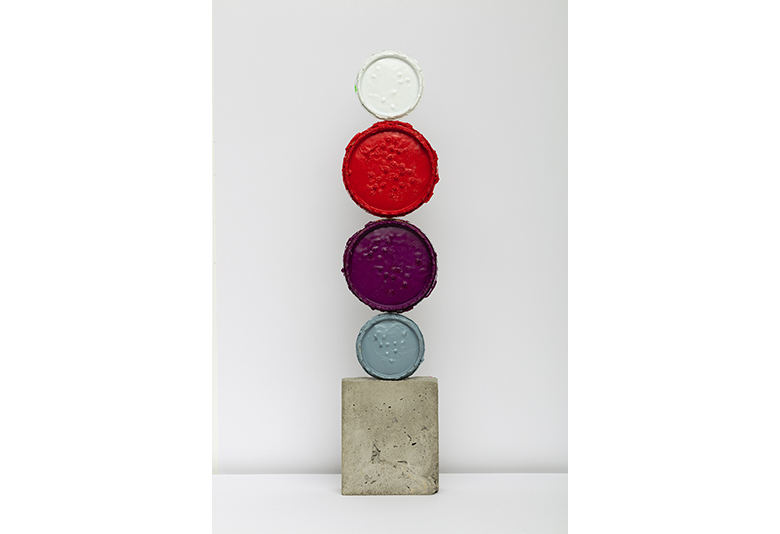 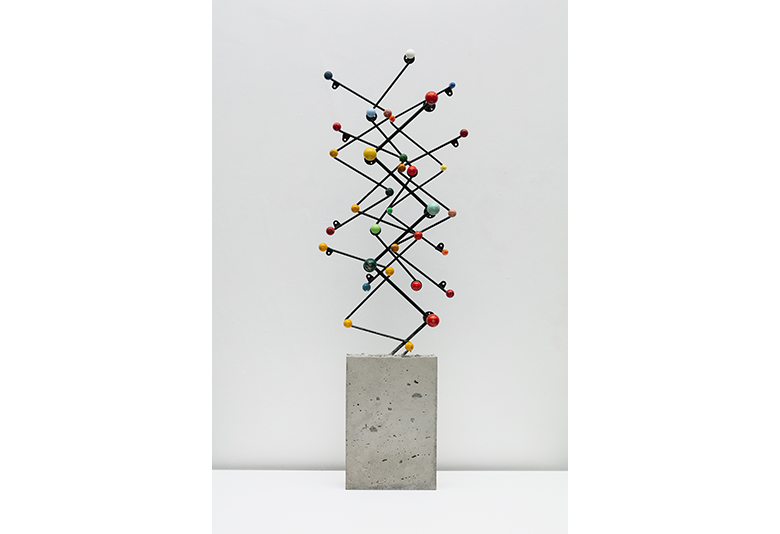 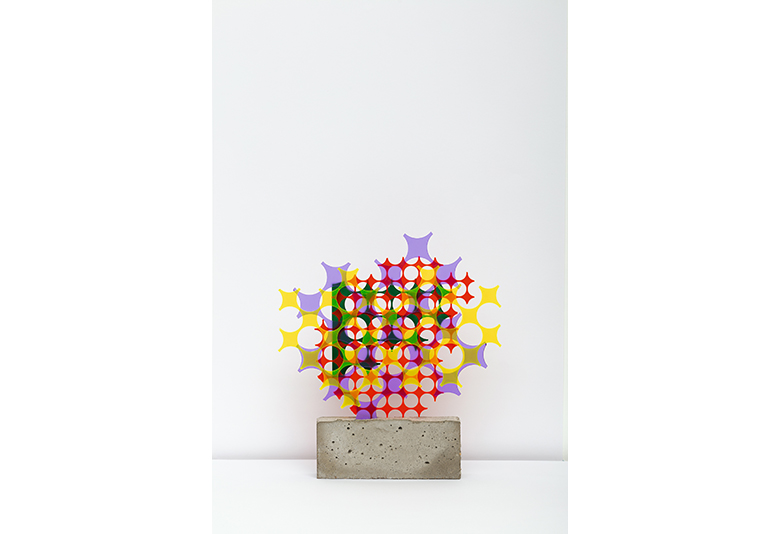 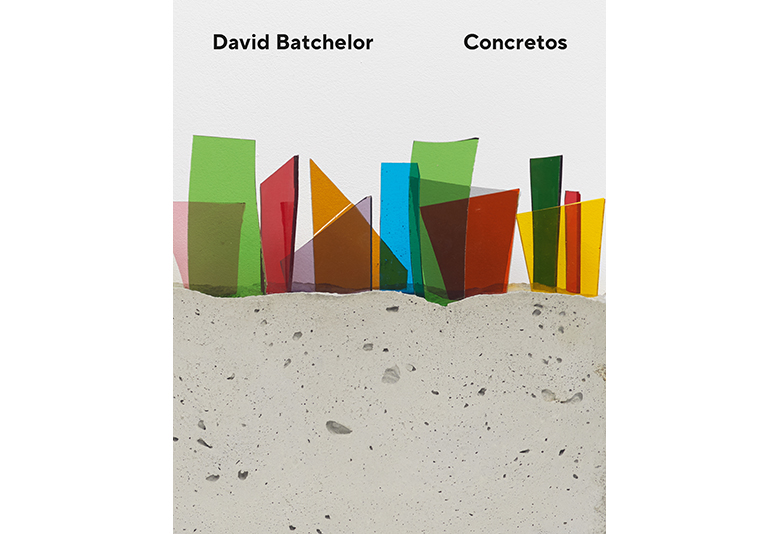 Throughout his international career spanning more than thirty years, artist and writer David Batchelor has long been preoccupied with colour. ‘Colour is not just a feature of [my] sculpture or painting,’ he notes,‘but its central and overriding subject.’ This new publication is devoted to an ongoing series of sculptures titled Concretos. First made in 2011, Concretos combine concrete with a variety of brightly coloured – and often found – materials.

The publication features a text by Batchelor charting the development of Concretos, revealing that the first Concreto was made after encountering coloured glass shards embedded in a concrete wall in the back streets of Palermo. Over time these Concretos, their title a nod to the Latin American art movement to which Batchelor’s work is much indebted, have become more complex adventures in layering, pattern and process. Elements such as acrylic plastic, spray and household gloss paint, steel, fabric and found objects all find themselves set in a concrete base.

In an essay commissioned for the publication, curator Eleanor Nairne considers Concretos in light of their material possibilities. Nairne’s vivid text draws connections between the sculptures and a wide range of art historical and literary references. Some of the playful and sensual characteristics of Batchelor’s artistic vocabulary are considered in relation to floral bouquets, sewing-machines, ice cream and poetry.

Architectural historian Adrian Forty’s essay discusses concrete’s relationship with modernity. He notes that the imperfect nature and apparent neutrality of the material is key to its enduring place within architecture, design and in Batchelor’s case, contemporary sculpture. ‘In the Concretos,’ asserts Forty, ‘concrete plays a necessary part in allowing colour to be itself. Present, but at the same time part of the barely noticed, half-invisible infrastructure of the city, concrete’s very neutrality performs an unexpectedly active part in these works.’

The publication coincides with the first large-scale survey exhibition of Batchelor’s work taking place at Compton Verney, Warwickshire in 2022. The publication has been supported by Goldsmiths’ College, University of London, and Arts Council England.

David Batchelor was born in Dundee in 1955 and lives in London. In 2013, a major solo exhibition of Batchelor’s two-dimensional work, Flatlands, was displayed at Fruitmarket Gallery, Edinburgh and toured to Spike Island, Bristol. The solo exhibition My Own Private Bauhaus was presented by Ingleby Gallery during the Edinburgh Art Festival, 2019. Between 2017 and 2020 a large-scale work was displayed at Tate Modern. He is represented by Ingleby Gallery, Edinburgh, and Galeria Leme, São Paulo. Batchelor’s portfolio also features major temporary and permanent artworks in the public realm including Sixty Minute Spectrum – a chromatic clock installed in the roof of the Hayward Gallery, London.