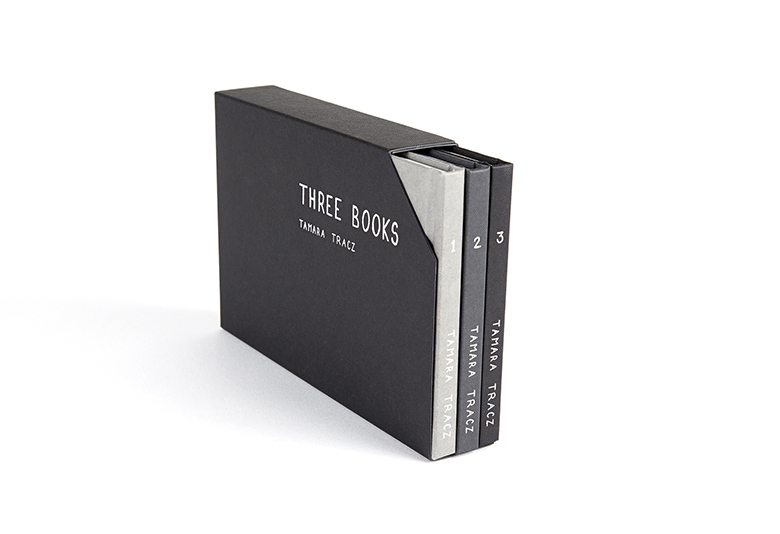 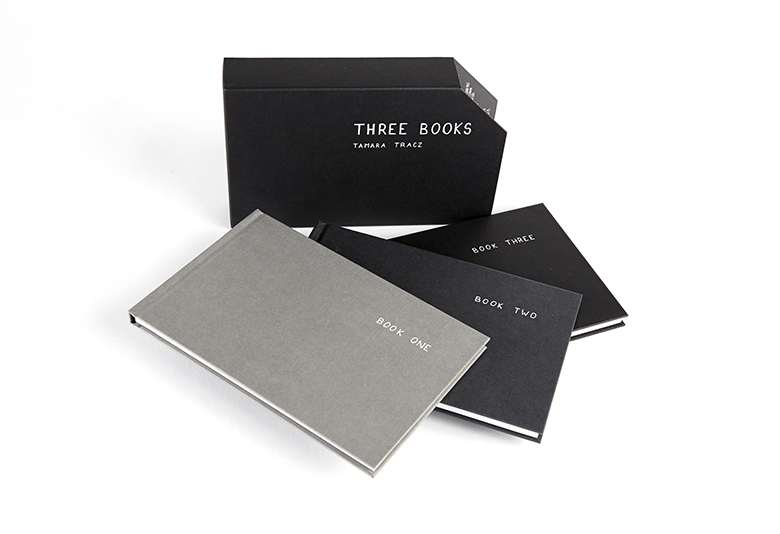 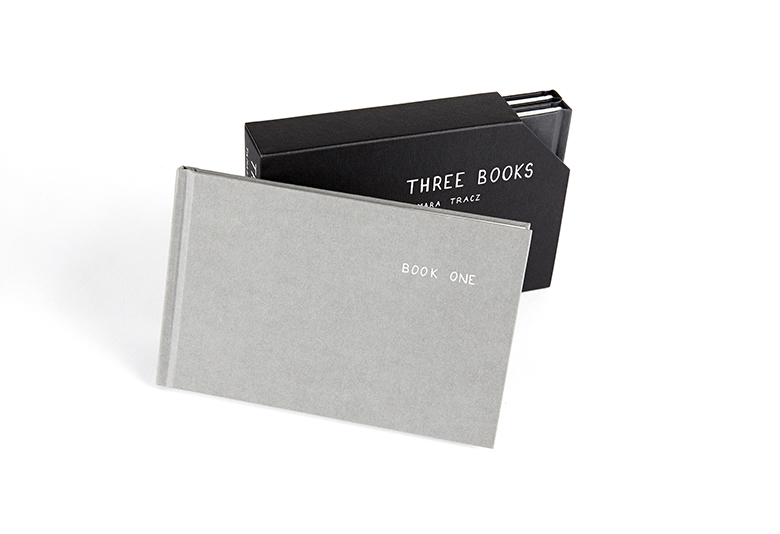 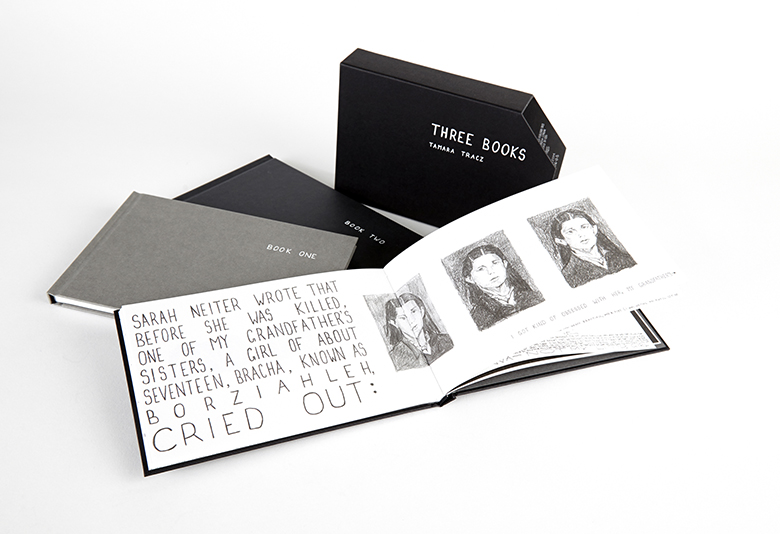 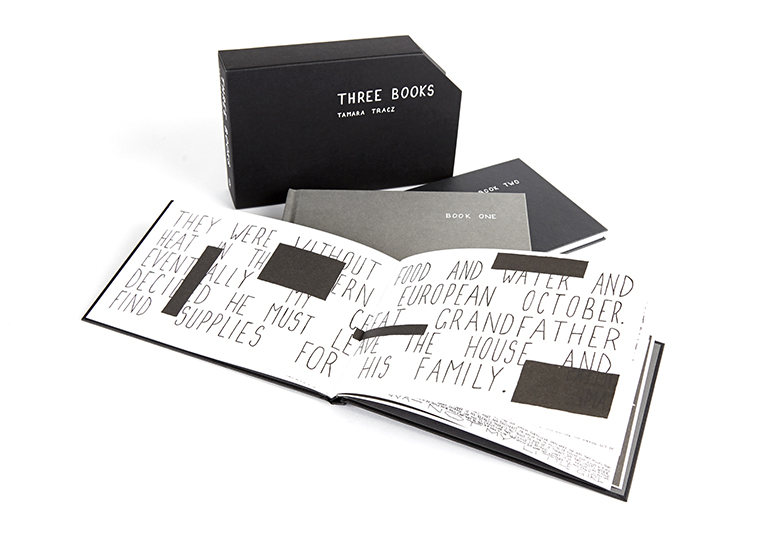 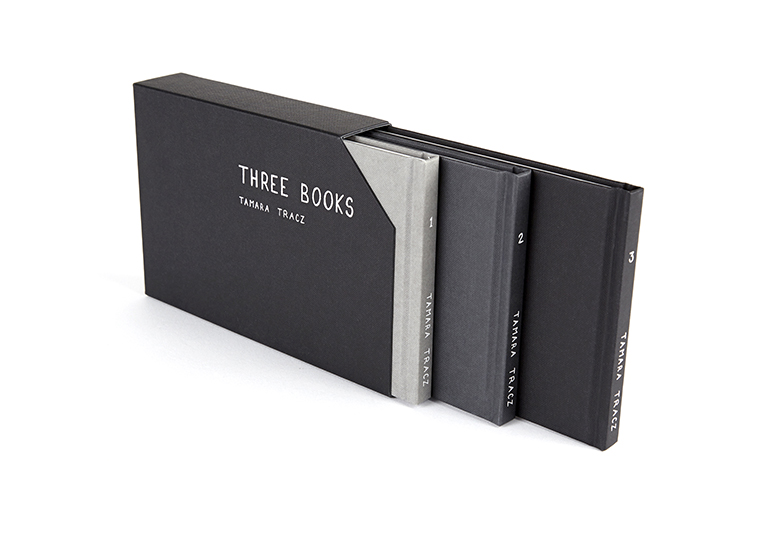 ‘Three Books’ by Tamara Tracz is a very special three-volume slipcased book. It is a story that follows several generations of a family as their lives unfold in various cities, countries and continents during the course of the twentieth century. It is a story with a cast of characters, some exceptional, some familiar, some curious. It is a story of births and deaths, of lives led and of the forces that shape them.

The family in ‘Three Books’ is a Jewish Family, and their story is one of emigration and persecution that was profoundly affected by the Holocaust. It is a story that is shared with many thousands of other families – of taking flight from the Nazi regime, of German forces arriving in towns and villages and searching out the Jewish inhabitants, of summary executions and mass graves. It is a story of branches of the family destroyed, and of the survival of others. It is as distressing a story as one might fear to read of the plight of the Jews last century.

But ‘Three Books’ is not written in the usual form of family biography, and is not only the story of this family’s history. It is also a story about stories, about the passing on of information between generations, and between different branches of a family over time. It is a story about the impossibility of ever being able to tell a complete or truly objective family history. It is a story of fragments and recollections, of oral histories and letters sent, of trying to piece things together and to fill in gaps.

‘Three Books’ is also partly autobiography, as it is Tracz’s own family that is its subject. Indeed, the reader can glean much about the author’s life as Tracz consciously lets us in to her immediate family circle, to their happy family life today. With a particular focus on her young children, Riva and Constantin, she gently shares her inner fears about being a mother, of the thought of losing her children. These are the thoughts of almost any mother, especially any mother who has heard the stories of mothers, daughters and sisters in her own family’s past who experienced such separations and losses through  oppression and genocide. It is a story about living and loving, of family and the meaning of the things that happen to them, the things that remain and the things that slip away.

But while Tracz is in some respects every woman, every mother and every daughter – and a Jewish woman in particular – she is also, quite inimitably, Tamara Tracz. A unique, remarkable and inspiring person, a writer, filmmaker and artist based in London, she does things in ways that perhaps only she can. For every word in this book has been handwritten, and reproduced as she planned and drew it. The text does not, therefore, flow as regular lines and pages, but in all manner of configurations, arrangements and patterns, and in such a way as to emphasise the mind’s reading of the text just as the voice adds when reading a story aloud. As such, ‘Three Books’ is a form of artist’s book, a creative work that sits at the interface of non-fiction and radical typesetting. Designed in collaboration with Herman Lelie, and beautifully produced in Verona, Italy, ‘Three Books’ is a story, a journey and an experience that is not easily forgotten.