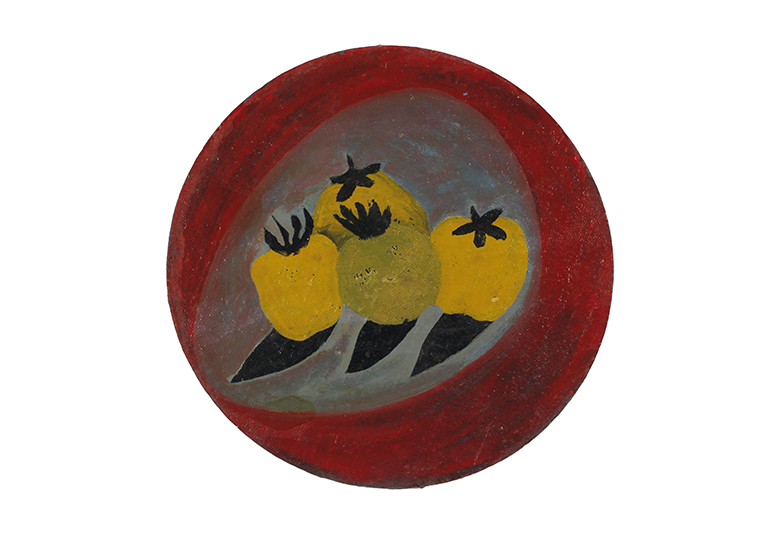 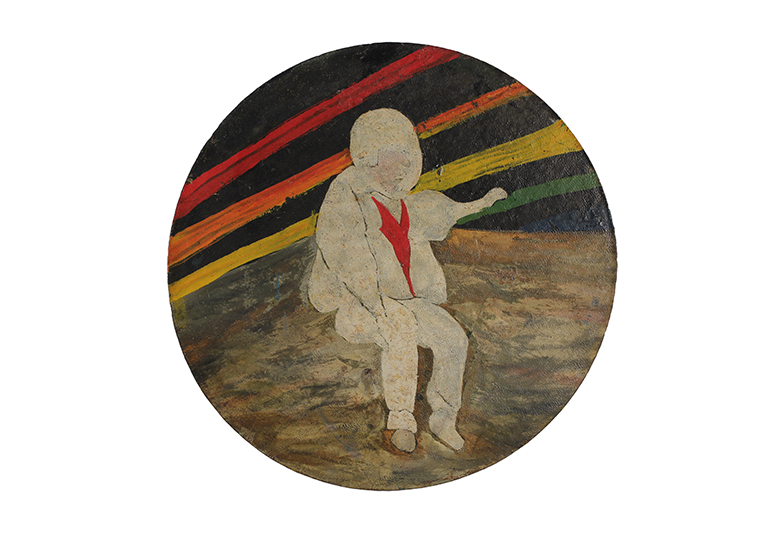 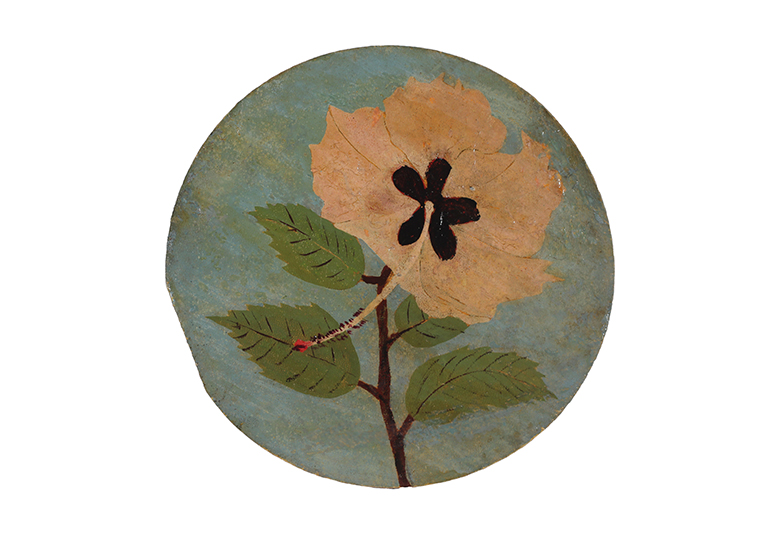 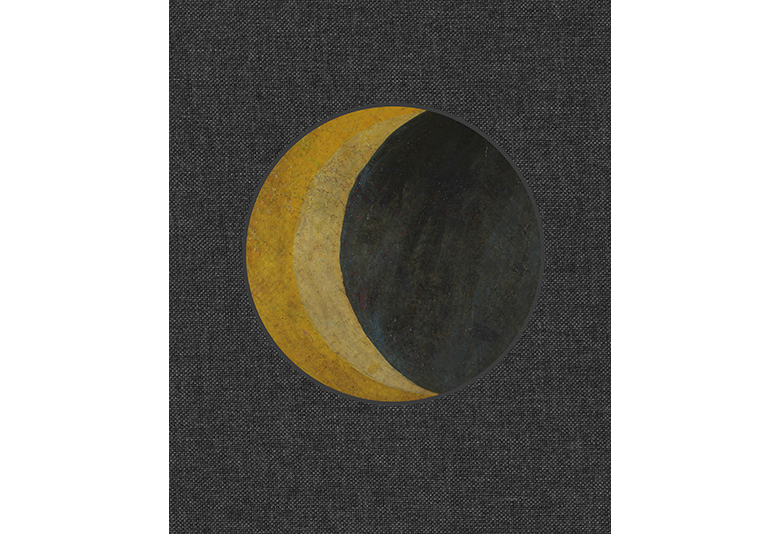 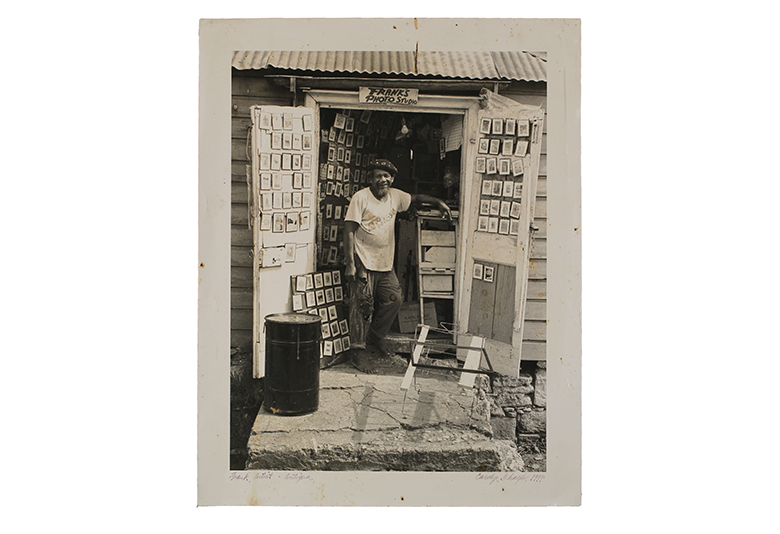 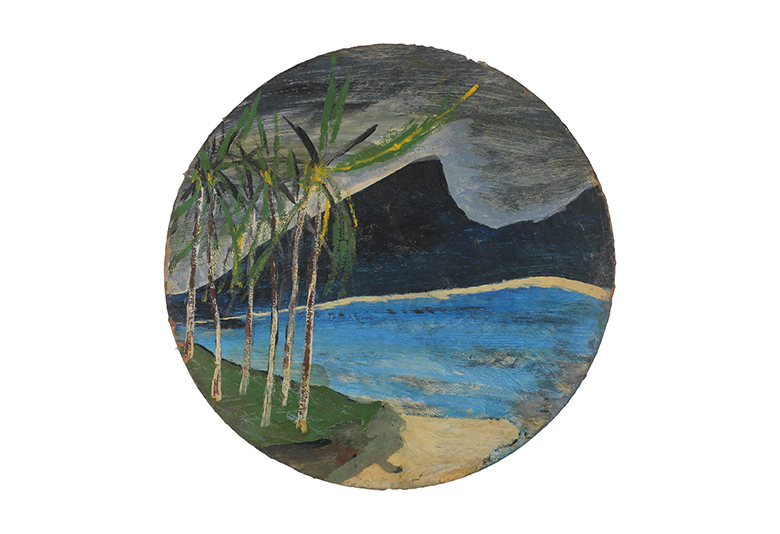 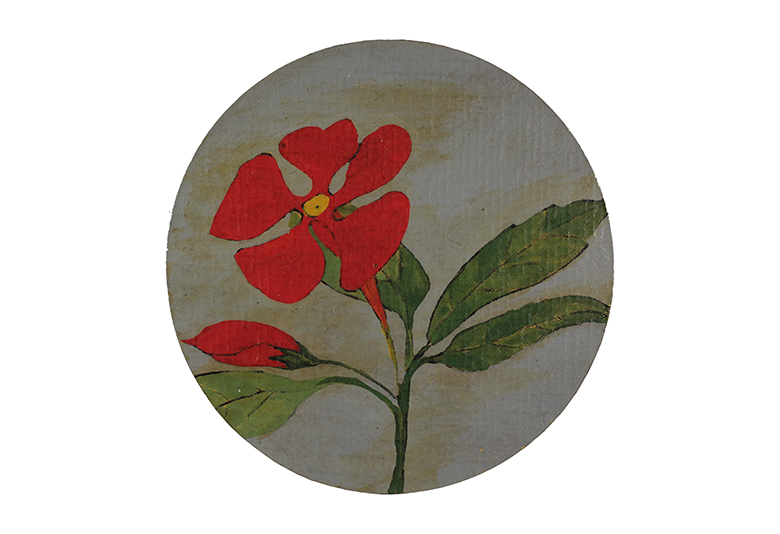 A monograph devoted to the ‘spool’ paintings of one of the most distinctive Caribbean artists of the past century.

This publication has been produced to accompany an exhibition staged by Ingleby Gallery, Edinburgh, for the 2021 Edinburgh Art Festival. The exhibition is the first devoted to Frank Walter’s ‘spools’ – the small circular paintings which, in their consistency of scale and form, provide a lens through which to witness the workings of Walter’s inner eye. Walter’s work was unknown during his lifetime, but in the decade since his death he has emerged as one of the most distinctive and intriguing Caribbean voices of the last fifty years. Painted with a rare directness and immediacy on whatever material came most readily to hand, his works describe a visionary artist – romantically and spiritually inclined in the manner of William Blake or Hilma af Klint – but rooted in the landscape of Antigua, the island of his birth.

His work was the subject of Antigua and Barbuda’s inaugural appearance at the Venice Biennale in 2017, in an exhibition titled ‘Frank Walter: The Last Universal Man 1926–2009’, hailed by The New York Times as ‘the most eye-opening’ of all 85 pavilions and which led Hans-Ulrich Obrist to describe him as the author of ‘an unbelievable body of work, which has not been seen so far. […] He was the Leonardo da Vinci of Antigua’. A major retrospective of several hundred works was displayed at MMK Museum of Modern Art Frankfurt in 2020, accompanied by a 420-page monograph in which the art historian and chronicler of Walter’s life Barbara Paca notes: ‘In their completeness as a group, the spool series brings together all the elements of Walter’s universe, with each painting fitting together in dynamic groupings to provide an investigation into the workings of Walter’s mind…’

This publication, co-published by Ingleby, Edinburgh, and Anomie, London, features contributions by Barbara Paca, Professor Paget Henry, Kenneth M. Milton and Mary-Elisabeth Moore. Edited and produced by Ingleby, the publication has been designed by Joanna Deans / Identity and printed by Graphius, Ghent.

Frank Walter (1926–2009) was born Francis Archibald Wentworth Walter on Horsford Hill, Antigua. He spent much of the 1950s travelling in Scotland, England and West Germany. While in Europe, Walter pursued various creative activities including drawing, painting and creative writing. Walter returned to the Caribbean in 1961, where he began a prolific output of painting, drawing, writing, sculptural work, photography and sound art.

Walter’s work was first exhibited alongside paintings by Alfred Wallis and Forrest Bess in the exhibition ‘Songs of Innocence and Experience’ at Ingleby Gallery in spring 2013. A solo exhibition of his work was presented by The Douglas Hyde Gallery, Trinity College, Dublin, in summer 2013 and later that year, Ingleby Gallery presented a solo display of Walter’s paintings and his hillside home at Art Basel Miami Beach. A major solo exhibition followed at Ingleby Gallery in spring 2015. In 2017, Frank Walter represented Antigua and Barbuda at the Venice Biennale in a show called ‘Frank Walter: The Last Universal Man 1926–2009’. A solo presentation of Walter’s work also took place at Harewood House, Leeds, UK, in the summer of 2017. A major retrospective of the artist’s work was displayed at both MMK Museum of Modern Art Frankfurt in 2020 and at David Zwirner, London, in the spring of 2021.