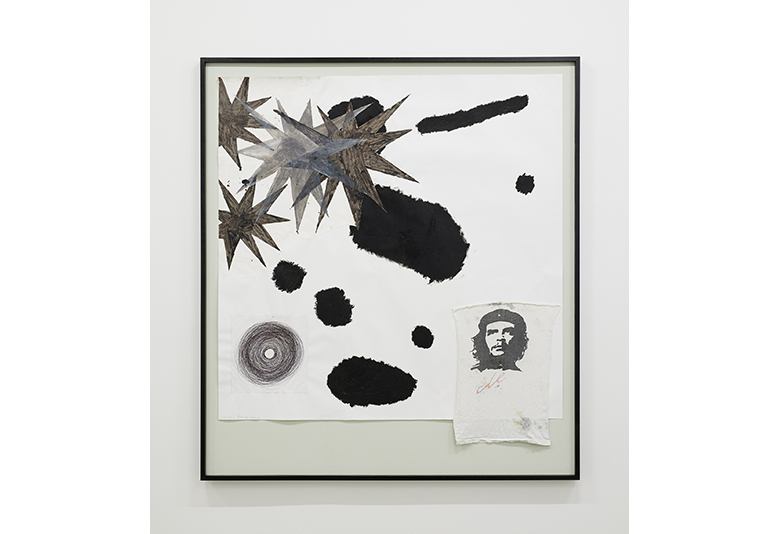 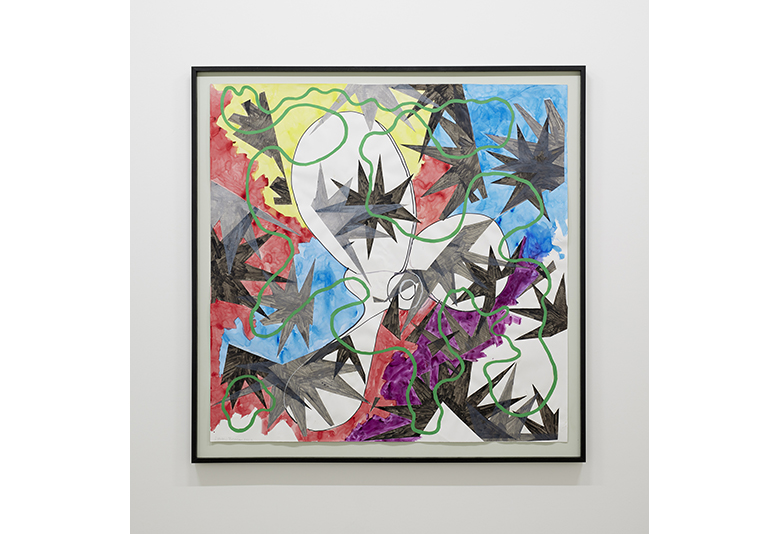 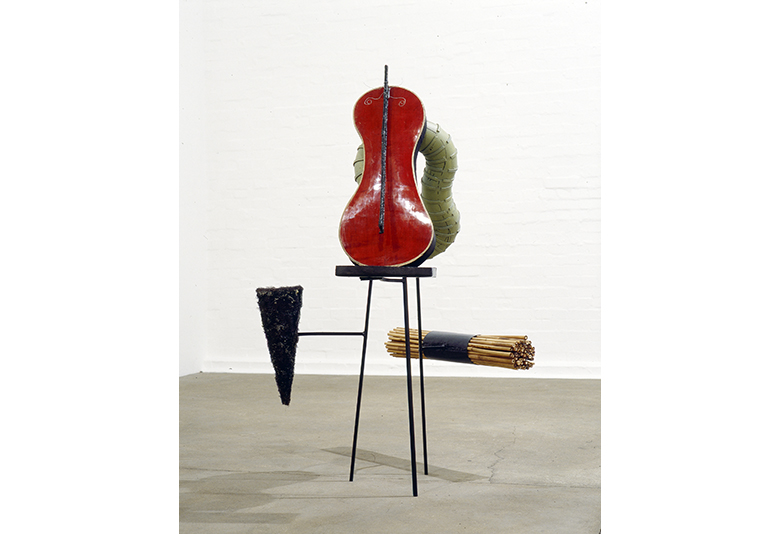 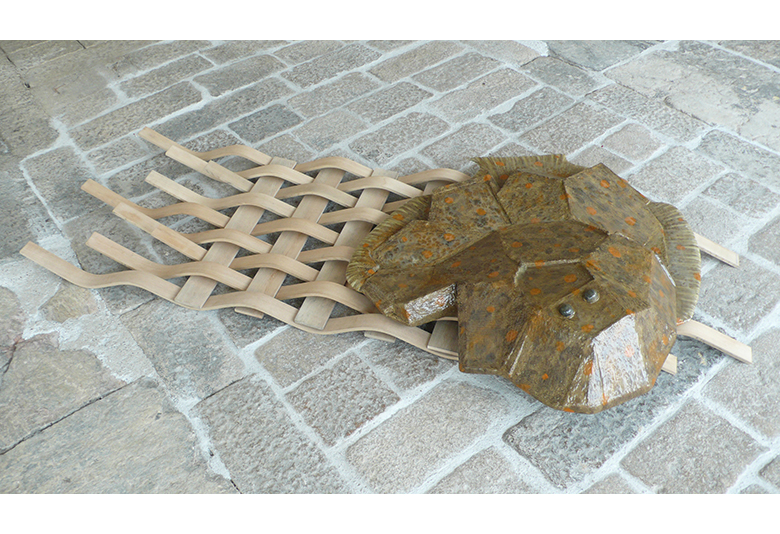 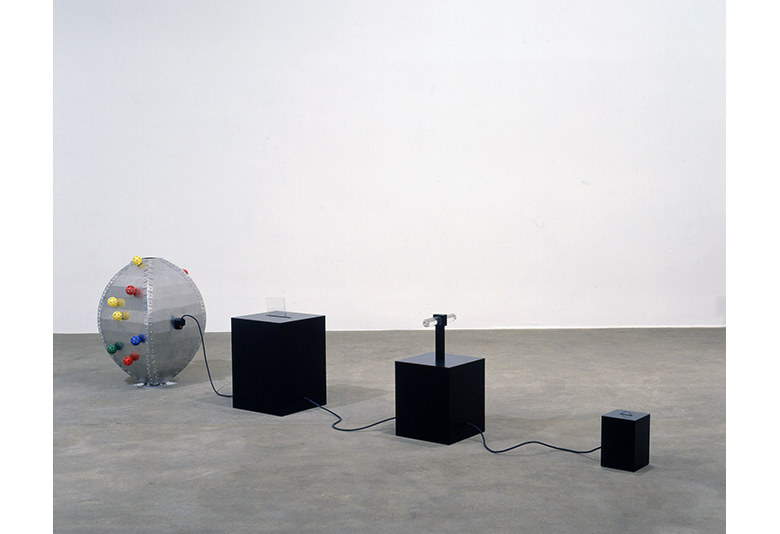 Bill Woodrow (b.1948) and Richard Deacon (b.1949) have been making sculpture together since 1990. This new book is the first to showcase the work made over this thirty-year period. They have created over sixty works altogether which they call ‘shared sculptures’, highlighting the important equality of authorship and responsibility at stake for both these artists.

Their shared sculptures exist as five main bodies of work, which have been variously shown in exhibitions in Britain and abroad: ‘Only the Lonely’ (1993), ‘monuments’ (1999), ‘Lead Astray’ (2004), ‘On the Rocks’ (2008) and ‘Don’t Start’ (2016). Their recent body of work, ‘We Thought About It A Lot’ (2021), has seen them working on paper to explore their ideas together. This new book provides a rich visual account of these works, showing new and original photographs of them individually and in their exhibition contexts. It also includes studio photographs, images of the preview cards that they have designed for exhibitions over the years and reproduces one of their earlier fax exchanges. The publication features an introductory essay by the art historian and curator Jon Wood and is released to coincide with the artists’ latest two-person exhibition, ‘We Thought About It A Lot, and other shared drawings’ at Ikon, Birmingham, in autumn 2021.

Bill Woodrow (b.1948) has exhibited internationally, representing Britain at biennales in Sydney (1982), Paris (1982, 1985) and São Paulo (1983). He was shortlisted for the Turner Prize in 1986 and participated in Documenta 8 in 1987. He was elected a Royal Academician in 2002 and had a major retrospective at the Royal Academy of Arts in 2013. Richard Deacon (b.1949) has exhibited internationally throughout his career. He was awarded the Turner Prize in 1987, elected to the Royal Academy in 1998 and to the Akademie der Kunste in Berlin in 2010. A large exhibition of his work was shown at Tate Britain in 2014, the same year as a selected edition of his writings was published. Dr Jon Wood (b.1970) is a writer and curator, specialising in modern and contemporary sculpture. Recent publications and exhibitions include: ‘Sean Scully’ (2020), ‘Contemporary Sculpture: Artists’ Writings and Interviews’ (2020), ‘Tony Cragg at the Boboli Gardens’ (2019) and ‘Sculpture and Film’ (2018). He is a trustee of the Gabo Trust.

Images (C) and courtesy of the artists