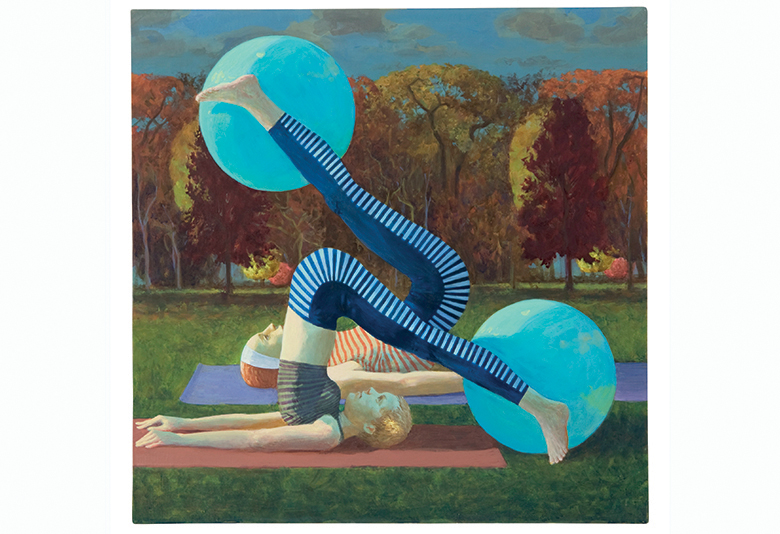 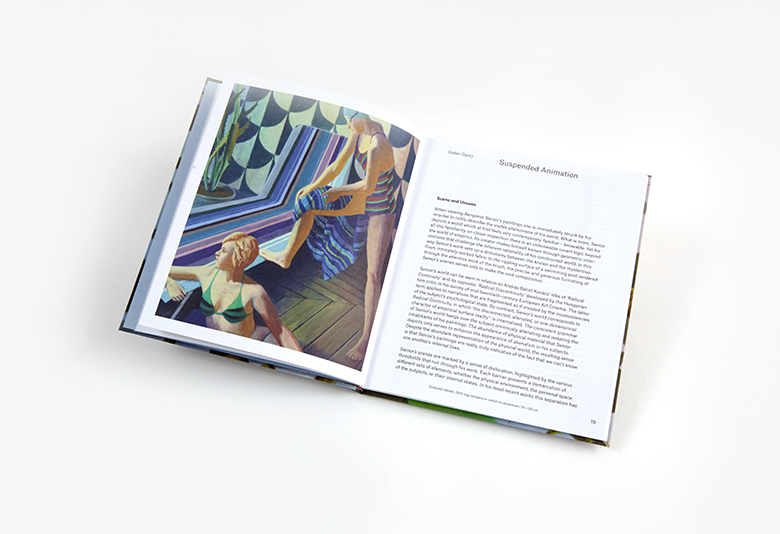 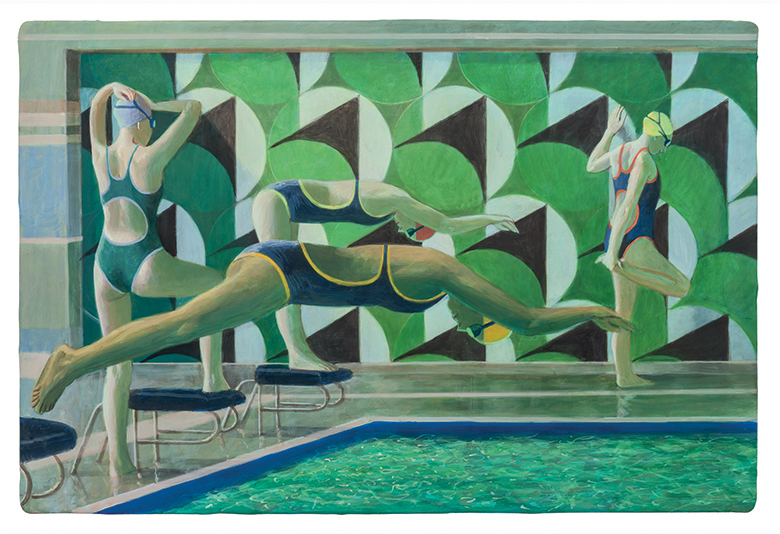 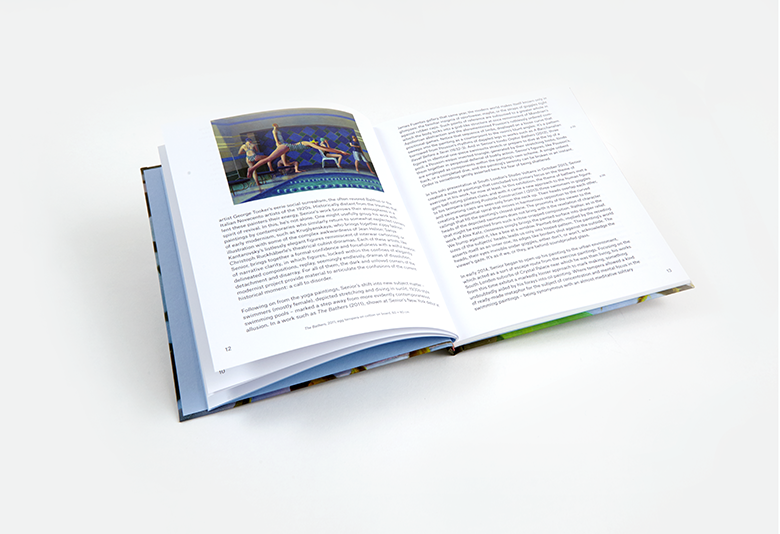 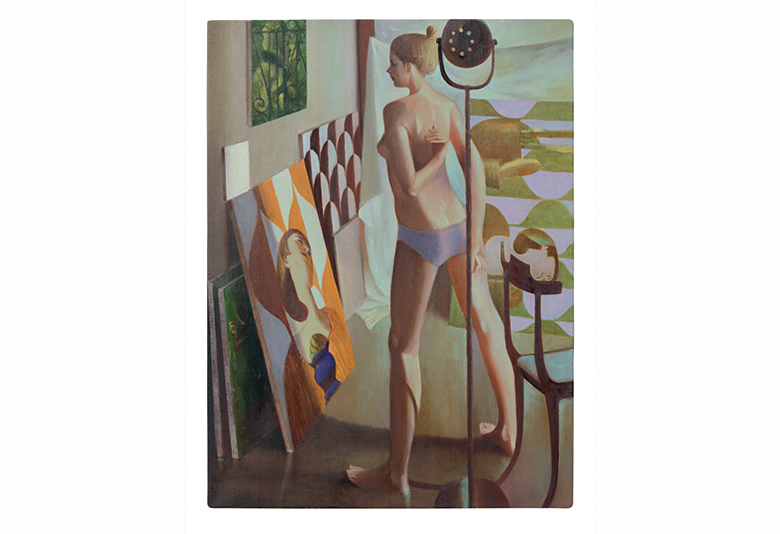 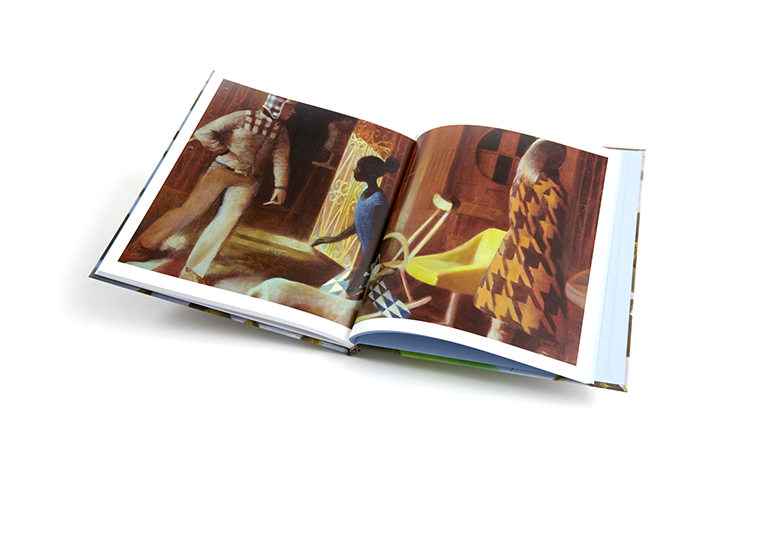 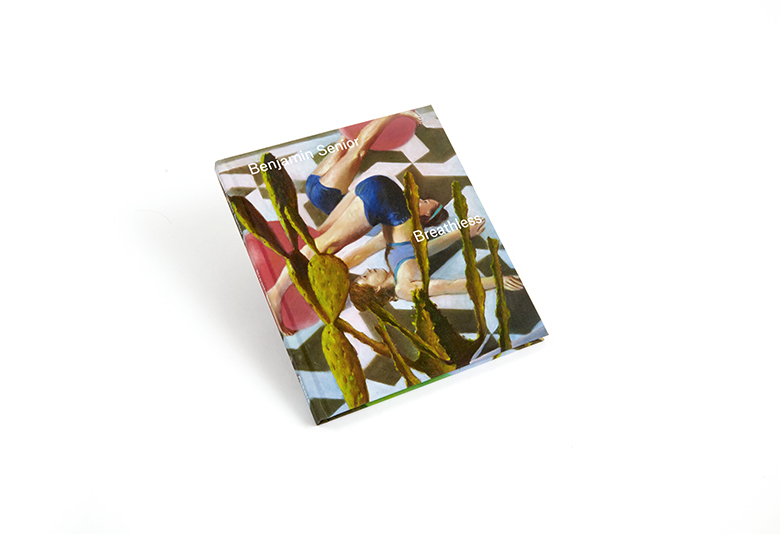 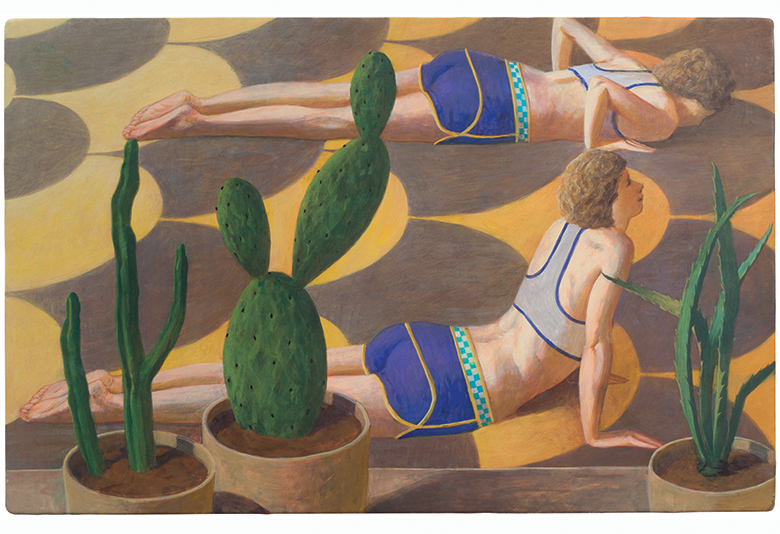 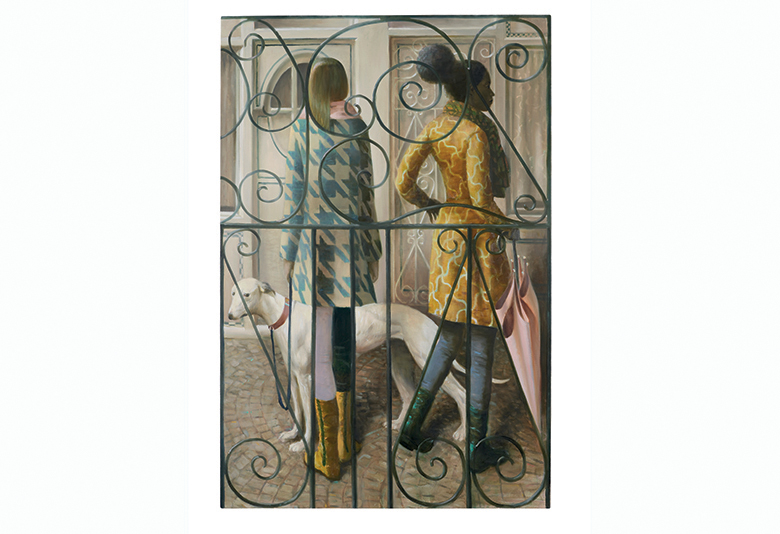 ‘Breathless’ is the first monograph on the emerging British painter Benjamin Senior. His paintings conjure up a world that is delightful, curious, quirky and distinctly his own. It is a world in which bathers lounge around pools and swimmers limber up before diving in; where we find people doing yoga and various exercise routines both indoors and out; where walkers and joggers take us out into the countryside, or into the city with their dogs. These physical activities – both leisure and sporting – would undoubtedly leave some of their protagonists out of breath, as the title of the monograph suggests, and may well inspire some viewers to shake off any lethargy and get physical too.

But despite their clear iconography and endorphin-rousing semiotics, Senior’s paintings are no mere campaign to get, or to keep, art lovers fit and healthy. For they are also carefully conceived and meticulously executed studies of the human body, of shape, line and form, of colour, tone, light and shadow. They are engaging explorations of composition and colour, pattern and geometry, textures and materials, the natural and the manmade. This interplay between the natural and synthetic is played out in surprising juxtapositions, such as blue rubber exercise balls in dialogue with various-sized cacti, or between the materials and designs of sports clothing in contrast to the rolling hills of a spring landscape, or to autumnal trees at sunset.

There are many other intriguing devices and recurring motifs within Senior’s repertoire, from cast iron grilles to unorthodox hats and hairstyles, perhaps leading his stylised vocabulary into the realms of nineteenth-century symbolist painting as much as into the health clubs, spas, leisure centres and parks of today. There is a strange sense of timelessness to Senior’s practice that is matched by a captivating sense of silence, loneliness and isolation, despite the figures often being present in couples, clusters or small groups. Behind their toned physiques, stripy towels and goggles, underneath their cagoules and peaked caps, there are, perhaps, some small glimmers of inner lives – of sentient, intellectual, cultured, emotional, sexual beings trapped within.

Senior’s oeuvre is preoccupied with repression and expression, freedom and conformity, motion and stasis, balance and inertia, engagement and disengagement. One might even describe it as a bittersweet analogy of the human body for states of mind, for energy versus futility, effort versus relaxation, health versus decline.

Senior completed a BA in painting at Wimbledon School of Art before graduating with an MA in painting from the Royal College of Art in 2010. Recent solo exhibitions include at Grey Noise, Dubai, Studio Voltaire, London, Galleria Monica de Cardenas, Milan, James Fuentes, New York, and BolteLang, Zurich.

Featuring an introduction by art critic, writer and curator Sacha Craddock, an essay by art historian, museum educator and writer Ben Street, and a text by curator, writer and lecturer Gabor Gyory, this 100-page hardback monograph has been designed by Joe Gilmore / Qubik, edited by Matt Price and published by Anomie.