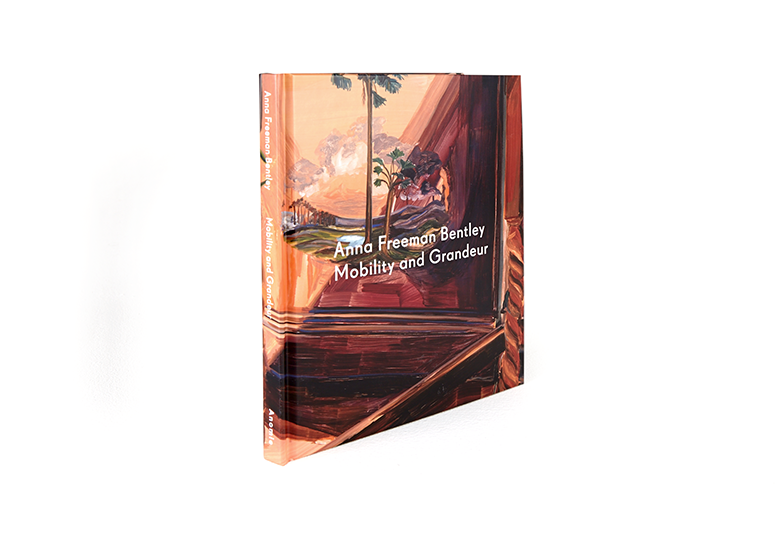 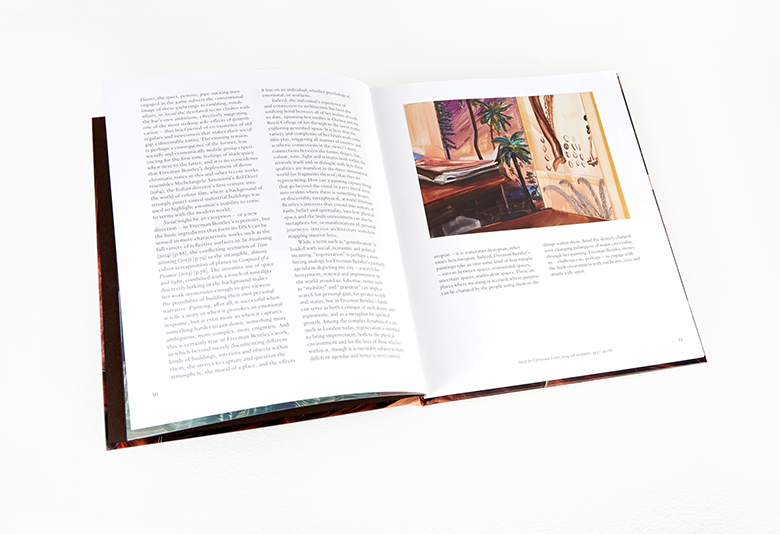 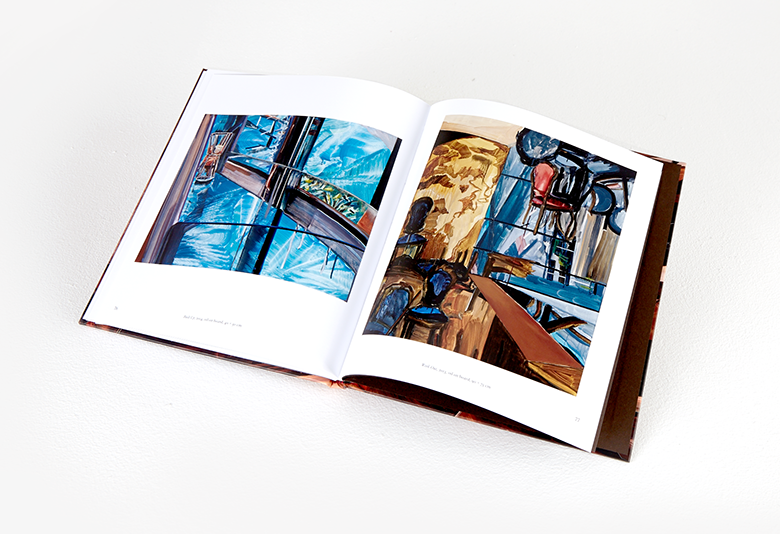 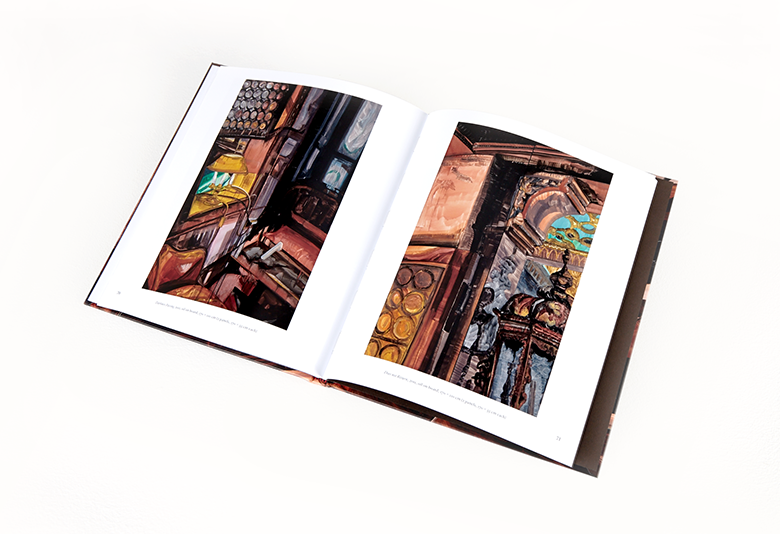 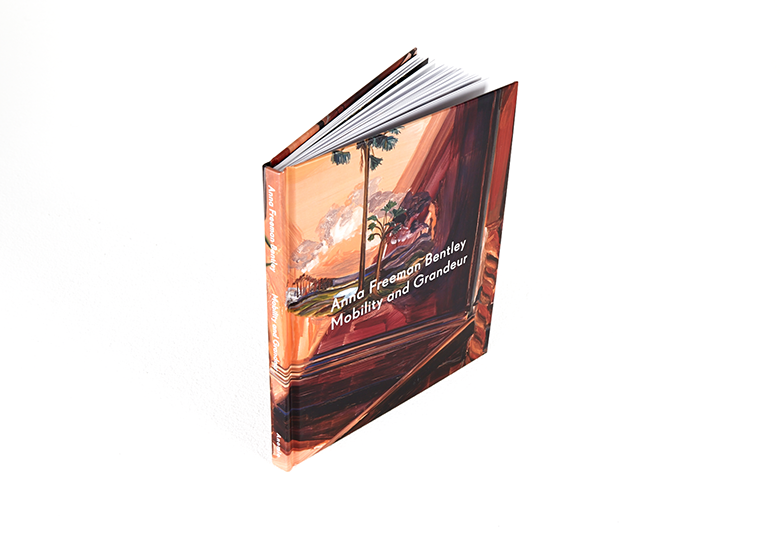 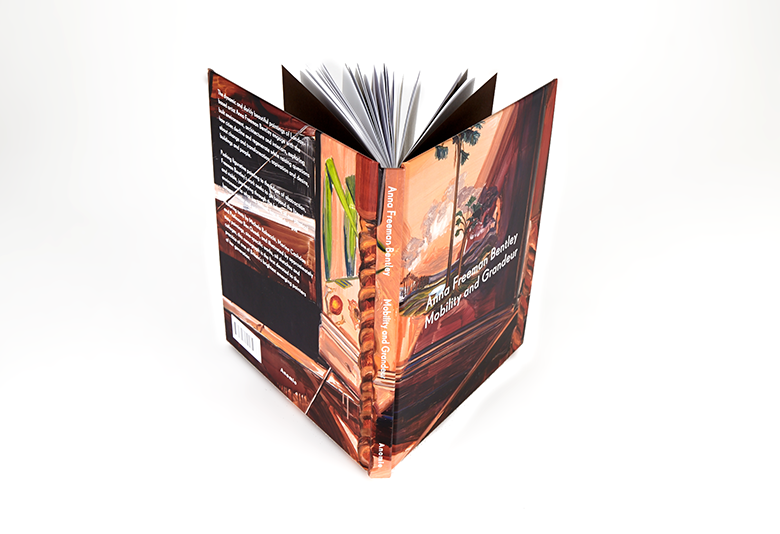 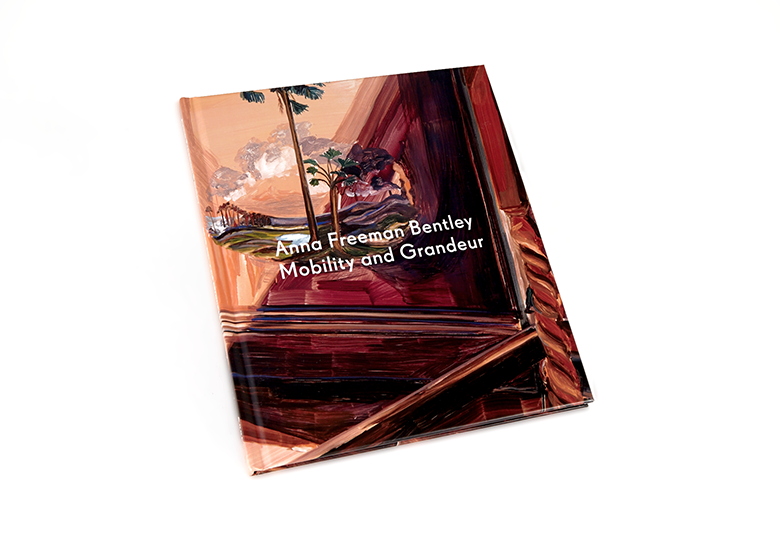 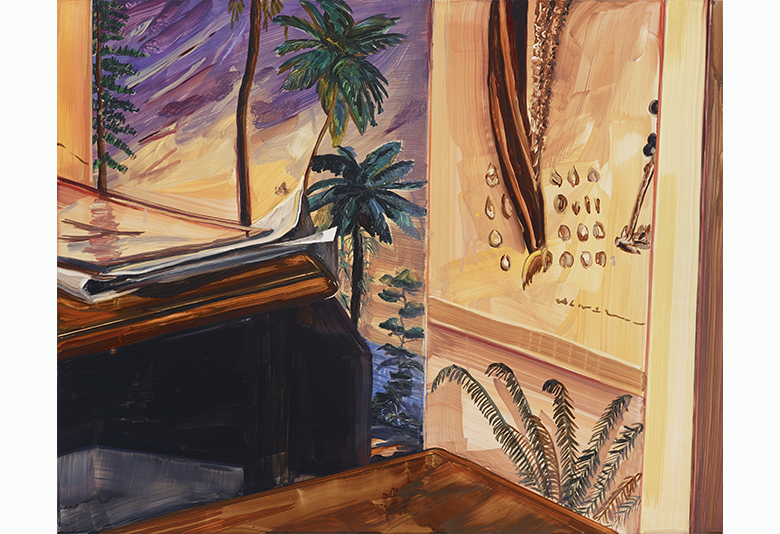 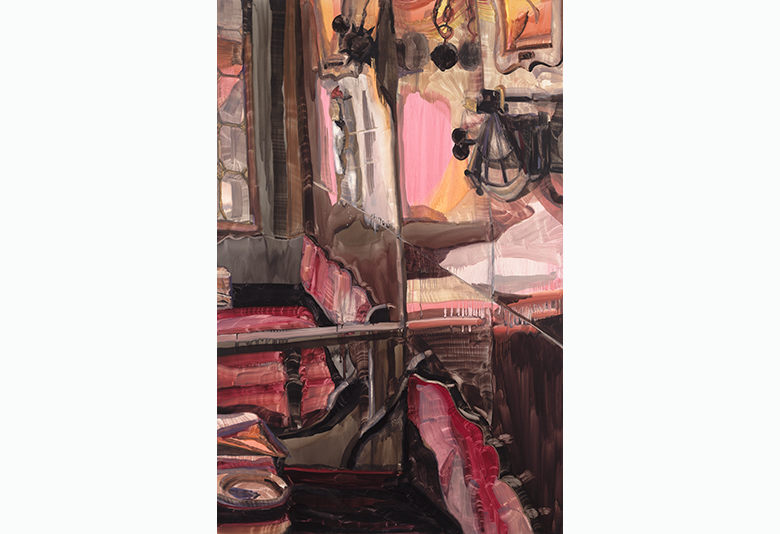 Anna Freeman Bentley (b. Freeman, 1982) is a painter based in London. Her practice explores the built environment, architecture and interiors, inviting emotive, psychological and semiotic readings of space. With an intense, regularly dark palette and energetic yet often intricate brushwork, her paintings depict all manner of places – derelict factories and warehouses, baroque buildings, shops, cafes, and modern industrial and corporate architecture. With a particular focus on the relationships between the design of architecture, its function and use, how these uses change over time, and how streets, areas, communities and cities decline, regenerate and gentrify, Freeman Bentley’s practice documents the changing vocabulary of architecture and captures some of the complex dynamics, atmospheres, politics and states of mind that these places engender.

This, the artist’s first monograph, features over seventy works spanning her career to date, offering a journey through the built environment that takes the viewer into realms as diverse as psychogeography and heterotopias, romanticism and modernism. From the needs and desires of individuals to those of the different communities that make up urban life in cities and towns today, her paintings open up questions about displacement and replacement, decay and rebirth, change and transformation, public and private space, social and economic mobility, aspiration and desire, buildings and people. Seeking to go beyond the visible and tangible and to explore ideas of faith and the sacred within space, Freeman Bentley’s work looks through the fabric of our physical environment to ask about what lies behind, into the dialogue between matter and spirit.

The publication features newly commissioned texts by London-based curator and writer Michele Robecchi, New York-based art writer and editor Marina Cashdan, and Ben Quash, Professor of Christianity and the Arts at King’s College London. Edited by Matt Price and designed by Joe Gilmore / Qubik, this hardback monograph presents the arresting and engaging work of one of the UK’s most promising emerging painters.

Freeman Bentley studied painting at Chelsea College of Art and Design before graduating with an MA from the Royal College of Art in 2010. She has had solo exhibitions in Berlin, Venice and California, residencies in London with the Florence Trust and with Pied à Terre Michelin-starred restaurant, and participated in group exhibitions including Bloomberg New Contemporaries, 2009, the Prague Biennale 5, 2011, and the inaugural East London Painting Prize, 2014.